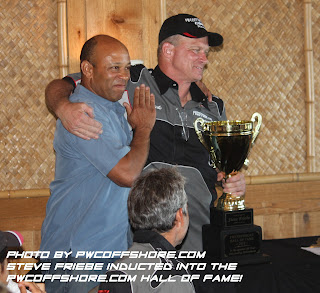 The racers selected to the PWCOFFSHORE Racing Hall of Fame have been selected for their contribution to our sport and overall impact they have had on the offshore racing community and sport as a whole. These racers are truly the elite of the elite. Up until this point, there has been only one worthy of the honor and that was Mr. Billy Womack way back in 2008. We are pleased to announce that there is another member inducted into the Hall of Fame!

Recently retired (for the second time) Steve Friebe has been racing watercraft professionally for 14 years with multiple National Championships including the 2011 Triple Crown of Offshore Champion, 2011 DJSA Champion, a Mark Hahn 300 Mile National Champion and the list goes on and on. Steve is also a committed PWC race technician by trade and is arguably one of the best technicians in the country. Those who know Steve know him as a tenacious racer, class act and a man of integrity whose actions speak louder than his words. You won’t find a person more willing to jump in and assist another racer. Steve, you are one of the best, congratulations, you deserve it!
For more information regarding offshore PWC Racing, go to www.pwcoffshore.com 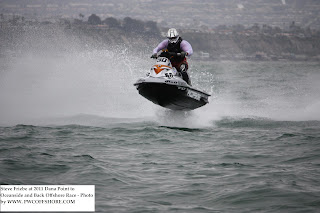 Posted by PWCOFFSHORE at 9:12 PM