The Hot Products Memorial Mark Hahn 300 Mile race is an international event that takes place every year in Lake Havasu City, Arizona USA during the cold season in the Arizona desert. Over the past decade this race has attracted the best PWC endurance racers in the world to compete in the Lemans style race that involves racers completing 30, ten miles laps utilizing a Pit Crew to recover the craft every five laps, pull the craft 20 feet out of the water, refuel the craft and then relaunch the craft ideally in less than a minute. For the indoctrinated, this is a team event that requires a very efficient and fast Pit Crew.

Kawasaki has won this race the last nine years straight and France’s Team Bruno Pastorello has won six times and the last three years straight. The early favorite was France’s incumbent champion and six-time Mark Hahn champion Bruno Pastorello on his Kawasaki ULTRA 310R who opted to partner with his son Hugo.  2009 champion and PWCOFFSHORE.COM’s Mark Gerner partnered with Uruguay’s Juan Francisco San Martin was also in contention on his Kawasaki ULTRA 310R.  Gerner brought multiple craft to the event, one of which was a 90 plus mph Paddock built turbo Yamaha.  Veteran racer Mike Klippenstein built a rocket fast Yamaha GP1800 equipped with the R&D Turbo package and was also considered in strong contention for the overall win.

All indications from the weather reports forecasted that it was going to be flat water conditions, very cold but flat. This was conducive to what racers considered light hull and fast Yamaha water. As always, mother nature's unpredictability resulted in racers waking up on race day to 41-degree weather and strong winds turning up the water. By the time the racer’s meeting commenced prior to the race, the race flags were at full mast with metal flag rings clanking up against the flag pools. Racers were evaluating last minute changes on their respective craft’s setup from flat water setups to rough water setups to accommodate the unforeseen rough water conditions. It was looking more and more like a Kawasaki deep-V hull ULTRA day vs the anticipated flat conditions for Yamaha’s light, fast small hull of the GP1800. But how bipolar mother nature can be and quickly things can change.

Given the white-water caps just prior to the start of the race, Mark Gerner decided to forgo use of his extremely fast Yamaha SVHO Turbo and opted for his warmed-over Kawasaki ULTRA 310R practice boat for reliability in hopes that the water would continue to get bigger and rougher throughout the day. The Kawasaki ULTRA 310R was completely stock minus an R&D intake grate and aftermarket ECU. The aftermarket ECU would malfunction on the practice lap resulting in Team Gerner and Juanfa reinstalling the stock Kawasaki ECU on the stock craft. The team hoped that the white caps that were rising just prior to the start of the race would continue and accomodate their rough water comfort zone for the entire day.

At the start of the race all indications were that it was going to be a rough water day where craft reliability, hookup and average speed is the name of the game in the aforementioned conditions. Locals at Havasu always contend it usually gets bigger on the water from where it starts in the morning, rarely does the water flatten out. But as we stated earlier, mother nature can be so bipolar.

It was cold, really cold, like blue fingers cold. Those who did not pack serious cold weather gear regretted it as hands and faces went numb due to the frigid cold. 41 degrees at the start of the race with what felt like 17 knot winds equates to a miserably cold first set of laps. Racers did their best to ensure this fatigue did not impact their mental toughness throughout the first half of the race day.  The mentally tough would prevail on this day.

The water would get bigger over the first ten laps of the race resulting in the attrition that always takes place in this race. Rarely does the fastest, highest boosted craft win this race and rarely does the first craft through the chicane on lap one wins this race. Many boats were experiencing mechanical issues and racers with their hearts set on placing would have their aspirations broken due to their boats malfunctioning under the stresses of this incredibly demanding race. Slowly the racecourse and Pits area would become less crowded due to so much attrition. Meanwhile, Pastorello continued with his consistent lead and it looked like France would continue the winning streak with yet another championship.

This race is won in the Pits. Many were surprised to see Team Pastorello utilizing one Pit Crew and trailer to refuel two watercraft. At one point the incumbant champion number 8 Pastorello boat was actually seen waiting for the Pit Crew to refuel the other ski, taking valuable time as Team Pastorello appeared to sit idle in the water waiting. Meanwhile team Klippenstein was putting in respectable lap times for the GP1800 in rough water with very fast and efficient Pit times led by Pit Team leader John Barrett of Canada. Team Gerner and Juanfa would also put in consistent lap times with PWCOFFSHORE.COM’s veteran Pit Crew led by Crew Chief Mike Arnold and the team making no mistakes resulting in some of the best Pit times of the day.

At about lap fifteen mother nature decided to even the playing field. In the span of about thirty minutes the course went from rough to flat Yamaha water with clear skies and sun. The Yamaha’s would now be able to put all that speed with their lighter hulls and 1800 cc engines to the water vs the heavier, rougher water friendly Kawasaki Hulls. The faster Yamaha’s began to pick up substantial ground on the Kawasaki; the Klipper would pass Pastorello on his fast R&D Turbo Yamaha GP1800 with the two racers exchanging that lead multiple times over the final ten laps of the race. Only seconds separated the two, at one point both boats were in the pits at the same time leading to great excitement from fans and spectators watching the two Pit Crews duel for every second.  Klipper’s Pit Crew would shine with what appeared to be a substantially better pit then Team Pastorello giving him yet another advantage over Pastorello. Remember this, for the indoctrinated, this race is won in the pits. Given this race was won by seconds, Pastorello’s pit strategy of two boats with one crew could have had more of an impact on his performance than anticipated.

As the final set of laps got closer to conclusion, Klipper and his team continued with their fast laps and fantastic pitting times, Team Canada / Klipper and Marcus Jorgensen would maintain that less than 30 second lead and win their first Mark Hahn 300-mile race, easing out Pastorello by only seconds. This marks the first time Yamaha has won this race in thirteen years (since 2005 when Follmer / Womack won) and displaced Kawasaki’s ten year winning via Yamaha’s GP1800 modified with the R&D Racing Products Turbo Package. Team PWCOFFSHORE.COM Racing Mark Gerner and Juan Francisco San Martin would take third overall on the Kawasaki ULTRA 310R platform; although the two raced in the PRO-Open class, riding ability prevailed as their Kawasaki was a stock craft with an R&D intake grate and a quick fill system (only). Mark Gerner said “We were hopeful the water would get rougher throughout the day, we didn’t come here to come in third, whatever success we had today is 100% a result of our amazing Pit Crew.”


The Yamaha GP1800 wins and Yamaha is back on the top for the first time since 2005. Yamaha has bragging rights for a year. Congratulations Yamaha! 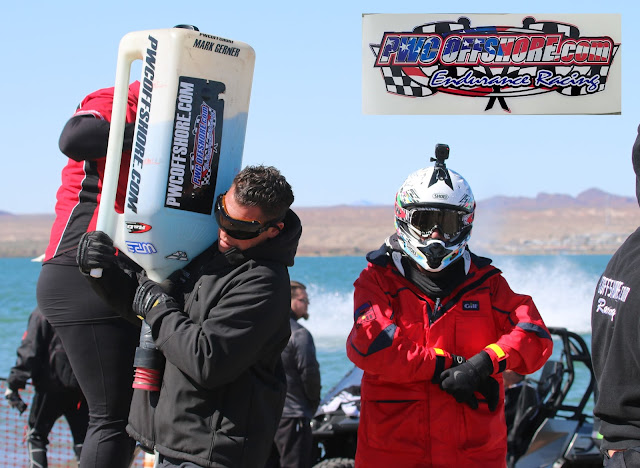 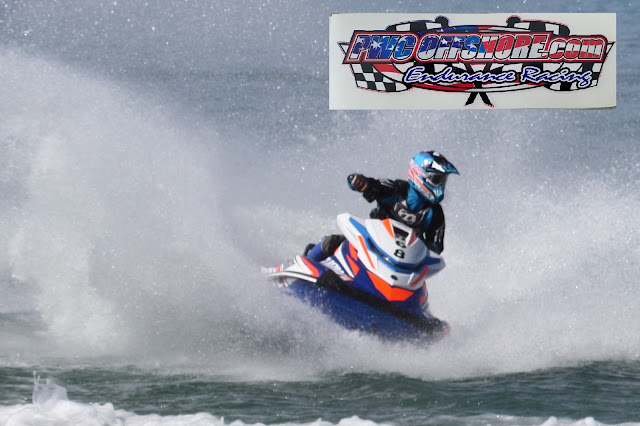 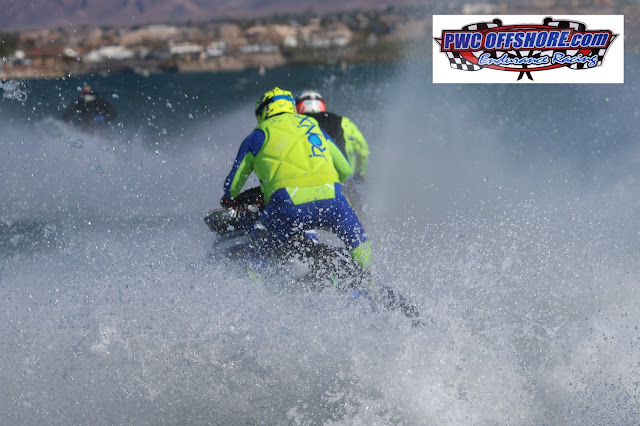 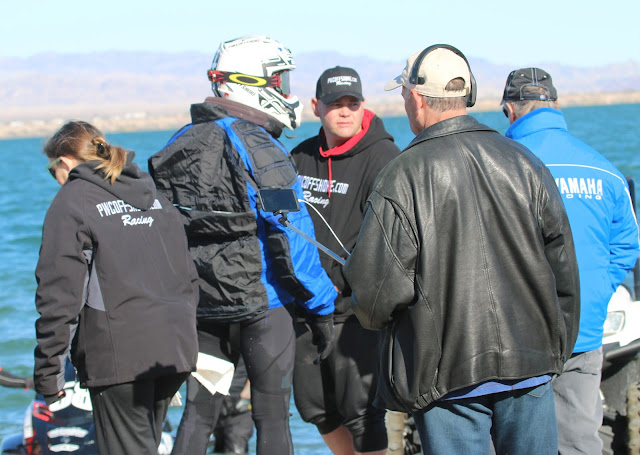 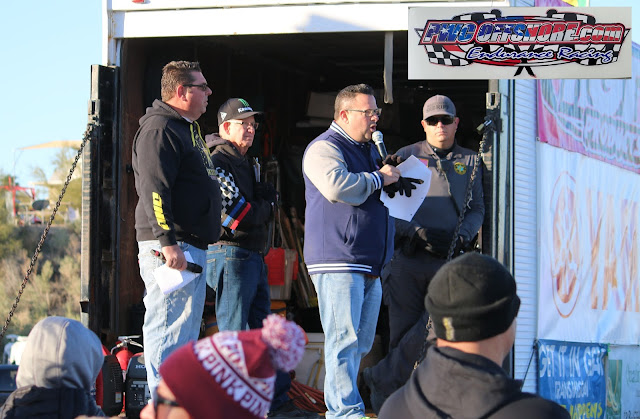 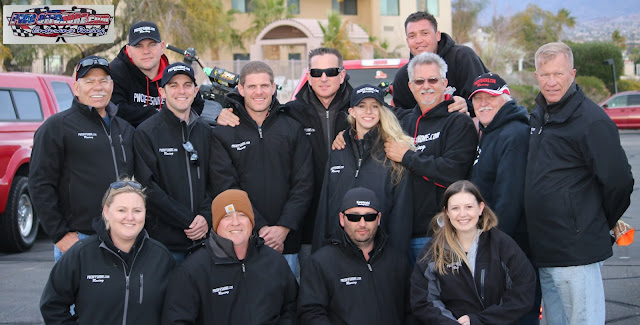 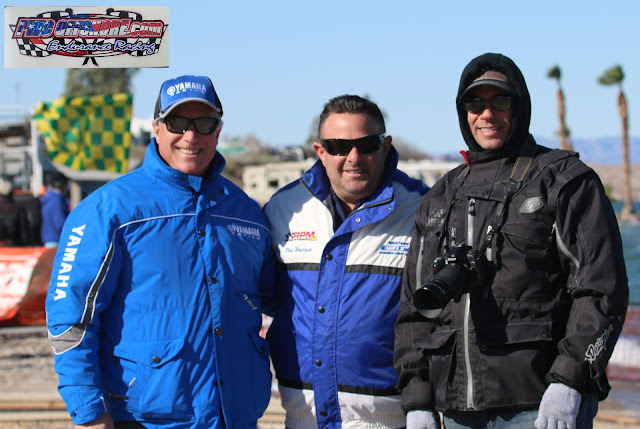 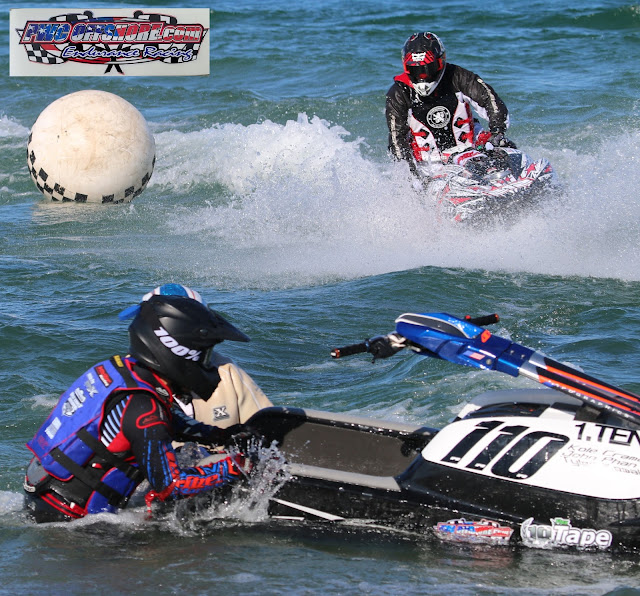 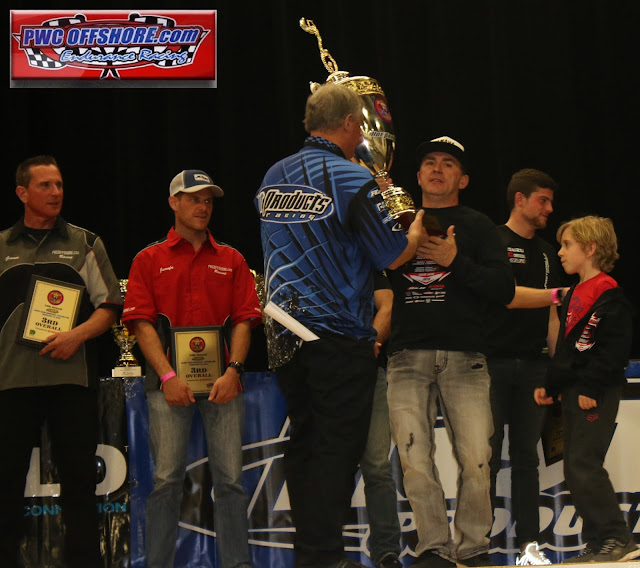 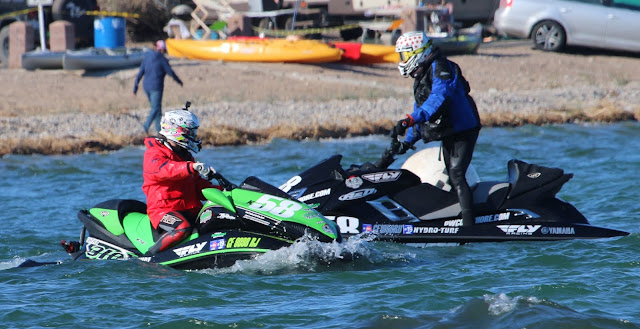 Posted by PWCOFFSHORE at 2:15 PM